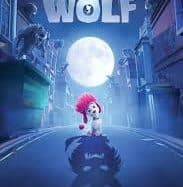 Freddy Lupine and his family have been hiding a big secret for centuries. By day, they are ordinary humans. But as soon as night falls, they become werewolves! On his fourteenth birthday, Freddy expects to turn into a werewolf for the first time. But on the night of his initiation, nothing goes as planned, and here he becomes a cute little pink poodle with a well-tempered character. Sacrilege for his family! Freddy now has only one goal: to prove that he is 100% Wolf!