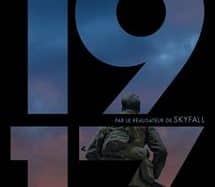 Caught in the turmoil of the First World War, Schofield and Blake, two young British soldiers, are assigned a mission strictly speaking impossible. Carrying a message that could prevent a devastating attack and the death of hundreds of soldiers, including Blake’s brother, they embark on a real race against time, behind enemy lines.
One of the most memorable movie experiences I’ve had since a lease. Best film of war for ages (superior to excellent films like Hacksaw Ridge and Fury, and otherwise dramatically stronger than Dunkirk), probably my favorite since the masterpiece of Eastwood Memories of Iwo Jima. I really waited to see, in the idea of not being made by the gimmick of the long shot sequence, and well, I saw. He looks forward to returning to see him with friends.