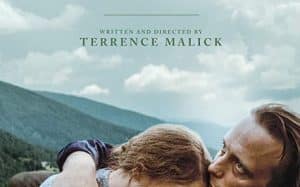 Inspired by real facts.
Franz Jägerstätter, Austrian peasant, refuses to fight alongside the Nazis. Found guilty of treason by the Hitler regime, he is liable to capital punishment. But carried by his unwavering faith and his love for his wife, Fani, and his children, Franz remains a free man. A hidden life tells the story of these unsung heroes.

There weren’t many who in Germany and Austria had the audacity to say no, in one way or another, to Hitler and Nazism. To dare to do this, it is true, was, fatally, to pay him with his life. In Germany, near Munich, there was Sophie Scholl, her brother Hans and their other companions of the White Rose. In Austria, there was the exemplary journey of Franz Jägerstätter, a peasant from the village of …

A hidden life is a film difficult to analyze and criticize, but I am nevertheless surprised by the relatively high number of negative opinions which would dissuade from going to see this work. Even if I understand that we can not enter into the different themes of Malick (God, faith, nature, man, martyr among others), you really must not like cinema to not be at least impressed by the beauty.