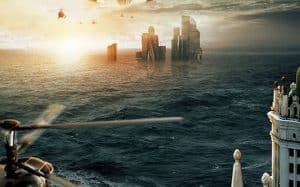 Three years after the alien starship crashed in Moscow, Julia has developed strange powers and becomes a guinea pig for the Ministry of Defense. Locked in a secret laboratory, scientists and soldiers dissect her feelings, emotions and memories in order to prepare for a future alien attack. But Julia’s powers are growing, and it turns out that humans aren’t the only ones interested in her newfound strength …

Sequel to the film released in 2017, “Vtorzhenie” takes place a few years after the events of the first. We find Yulya who has not returned to a normal life after what happened, because she has developed abilities related to water and scientists are using her as a guinea pig to try to measure the extent of her powers. . While Russia still wonders about the previous “invasion”, the country is again the victim of an attack … “Vtorzhenie” is quite different from “Prityazhenie” in the sense that here there is no real invasion despite what the title indicates. In fact, everything takes place at a distance and even if the beginnings make one think of another invasion film, the story leans more towards the disaster film, especially in its last part. This sequel has more or less the same qualities and faults as the first. For the qualities, we find at the top of the list the special effects which are once again very successful even if I preferred those of the first with the ship, the armor, etc. For the faults, I find the scenario a bit weak. There are interesting things like fake news or the use of software to create false evidence and turn public opinion, but over two hours, the plot lacks consistency at times. If I preferred the first one which was good entertainment, this sequel is not bad with once again some spectacular scenes.