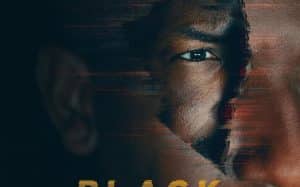 Mamoudou Athie plays a widowed father suffering from blackouts following an accident. To cure it, he undertakes to undergo a unique treatment: thanks to a virtual reality device, he is transported to his subconscious. This kind of hypnosis 2.0 will force him to fight his demons but also to discover heavy secrets.

Another film from the anthology “Welcome to the Blumhouse” available on Amazon Prime Video, “Black Box” is rather a pleasant surprise (but a bit too classic) compared to the very forgettable “The Lie” released simultaneously. Victim of a car accident that killed his wife, Nolan struggles to find the lost memories of his existence with the help of his daughter. His amnesia causing him more and more problems on a daily basis, he decides to resort to an experimental treatment that allows him to literally relive each of his lost memories. As the procedure progresses, in the midst of the faces erased from his fragments of memory, a mysterious figure always seems to want to chase him … In its first part, “Black Box” first makes the judicious choice of share with us the total loss of landmarks of his hero. He lives in a house that is foreign to him, he looks at the photos of happy moments that he obviously seems to have lived, his daughter teaches him to reproduce the gestures of affection that he knows to have shared with her in the past … But, despite all his efforts, nothing helps, Nolan does not manage to appropriate the elements of this past that is presented to him as his own and, even worse, to find the personality traits that had defined him until then in as an individual. In this game, we can say that empathy with this hero “lost” in his own life is immediate, Mamoudou Athie plays him with conviction and the moments shared between his character and his choupinette girl ready to do anything to support her father. the strength of an emotional bond which becomes of crucial importance in the course of events. When the first sessions aimed at curing Nolan thanks to hypnosis and the famous Black Box start, it must be admitted that the experiences transcribed in the film are dangerously reminiscent of those of many thrillers using the search for memories (and visions strange that it generates on screen) in order to better conceal a trauma or a conspiracy that will sooner or later upset its hero’s quest for truth. The addition of an imagery close to a “Hypnosis” 2.0 (successful) in order to accurately transcribe the hypnotic state of Nolan and the presence of a strange contortionist assailant seeking to prevent him from recovering his memory tends to elsewhere quickly enough to confirm this theory (and this fear) but “Black Box” will finally take a much better scriptwriting direction. Admittedly, there will be a few secrets to discover about what led to Nolan’s current condition, but they will above all be there to accompany the film towards the revelation of its deliciously retro SF concept, an obvious nod to the spirit of “The Fourth Dimension” both by never losing sight of the human factor at the heart of manipulations which go beyond it and by the way of approaching its apparent abstraction thanks to a staging intelligently based on its actors and some simple tricks. The idea is not totally original, however, but “Black Box” will exploit it with real efficiency while making family data the essential component of its argument between two opposing camps. We can blame the film for stretching a little too long once its real issues are known, it is true that our interest is reduced in a last part which makes little mystery as to its final destination (and its long awaited epilogue ), the short format of an anthology series episode would have been arguably more reasonable to tell such a story. However, even if it does not have all the assets in hand to constitute a proposal likely to be remembered for a long time, “Black Box” has the intelligence to use those at its disposal to offer very correct entertainment. of its kind.