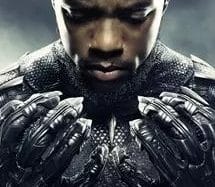 I didn’t appreciate Black Panther more than that, the film was sympathetic by its decorations and its antagonist more interesting than the average of the MCU. But I must say I’m really hyped by this second opus.

It’s tragic at first but this film risks first benefiting from the “Paul Walker” effect, actor Chadwick Boseman being dead, his disappearance in history should necessarily have a more authentic feeling and therefore much more touching. This sentence pronounced by the actress Angela Bassett “all the members of my family have disappeared, did not I give everything I had”, indicates it to us, it is of a crazy intensity.

But besides that, the chosen angle seems quite interesting. It seems that the death of T’challa probably at the beginning of the film will precipitate the country of Wakanda in a war against the nation of Namor which will also be a kind of identity quest of the Wakandan nation trying to exist without its historical protector Black Panther . On paper, there is material to have a captivating film if the desire to do well is there, which seems to be the case given the circumstances of production. To be continued !