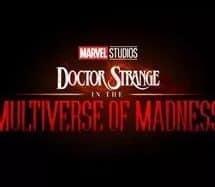 Doctor Strange 2: in the Multiverse of Madness

Since it keeps coming up in news stories, it’s worth noting that Scott and I never had the opportunity to write a draft of MULTIVERSE OF MADNESS, so whatever they are working with now isn’t derivative of our work.

I am of course very excited to see where they take Stephen next.
– C. Robert Cargill (@Massawyrm) February 8, 2020

“Since this continues to make headlines, it is worth noting that Scott and I have never been able to write a version of Multiverse of Madness, so whatever [the subject] is working on [the studio] now , it is not derived from our work. I am obviously very excited to know where they will take Stephen soon “.

Doctor Strange 2 will be officially linked to the two series WandaVision and Loki, according to producer Kevin Feige. The first potentially based on the modification of reality and the second on the respect of temporal chronologies, it makes sense to link them to this film centered on a “multiverse of madness”. Loki showrunner Michael Waldron has just been hired to rewrite the current screenplay by Jade Bartlett. In parallel, the director Sam Raimi is in discussion to supervise the project.