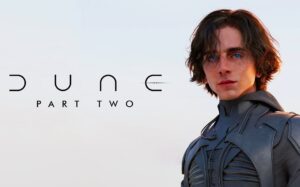 This sequel to Dune will explore the mythical journey of Paul Atreides as he unites with Chani and the Fremen while plotting his revenge against the conspirators who destroyed his family. Faced with choosing between the love of his life and the fate of the known universe, he strives to prevent a terrible future that only he can predict.
Very good news: filming has started in Italy. However, the release of the film has been pushed back a month. I reread Dune, the second part can be a cinematic marvel. She was totally atrophied in Lynch’s version to keep a reasonable film length. I wonder what Alia’s character will be like (Paul’s sister with whom Jessica is pregnant in the first part), it’s quite a challenge to show all the strangeness (the abomination the Bene Gesserit sisters would say) without descend into ridicule. In Lynch’s version it was rather successful but not totally.