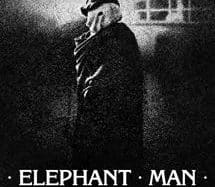 London, 1884. Surgeon Frederick Treves discovers a completely disfigured and misshapen man who has become a fairground attraction. John Merrick, “the monster”, owes its name of Elephant Man to the terrible accident which its mother undergoes. Then a few months pregnant, she was knocked down by an elephant. Impressed by such deformities, Dr. Treves bought Merrick, snatching him from the violence of his owner, and the daily humiliation of being put on show. The surgeon then thinks that “the monster” is a congenital idiot. He quickly discovers in Merrick a bruised man, intelligent and endowed with great sensitivity.

Fan of David Lynch since I saw “Mulholland Drive” (2001), I had to see “Elephant Man” (1980), reputed to be his most moving film. It is simply sublime! One of the saddest movies I have seen in my life! The emotion is not instantaneous (except during the final scene, with this magnificent music which we also find in MD), but, a few minutes, even a few hours after the end of the film, we have an indelible mark , emotion is imbued in our heart. It is then, when you feel that, that you realize that it is a masterpiece, how not to be touched by this film? And that’s what it is, a masterpiece, with stunning performances, whether that of John Hurt or Anthony Hopkins, it’s magnificent, and above all it’s alive, we believe in it! Many scenes are memorable, like that where John Merrick, ‘Elephant Man’, learns to speak, or the cult scene in the station where he declares << I am not an Elephant! I am not an animal! I am a human being! I… am… a man! >> sentence even more cult than the scene, and then of course the last scene, one of the most sad and moving that I have ever seen … Filmed in black and white magnificent, of a very good level for 1980, Lynch does not do too much in the strange, and remains fairly close to reality (yes, since it is a true story), and perhaps gives us his film the more traditional, but also one of the most emotionally powerful and whose performance by John Hurt will remain in my memory as one of the most beautiful. A memorable film, to see and watch again (even if it is very difficult to find it on DVD and spending 4 euros every week to rent it at the Media Library is a lot.