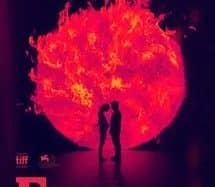 Ema, a young dancer married to a renowned choreographer, is haunted by the consequences of an adoption gone wrong. She decides to transform her life.
The film is like its main character: aesthetic but pretentious, hollow and arrogant. I had the impression of dealing with a patchwork of multiple influences but which never manages to find its way. The outcome of the film, which is rather original, does not have the expected flavor, as the film is heavy and laborious. Larrain fails where the film Spring Breakers found its way, namely a surrealist fantasy dictated by the imaginations of young girls influenced by the hyperbolic codes of urban music. Here, the few good ideas and discomforts found are quickly evacuated by the emptiness of the subject. Moreover, I find more and more symptomatic these author wannabe films with an archi-controlled aesthetic but empty in poetry. All that for what!