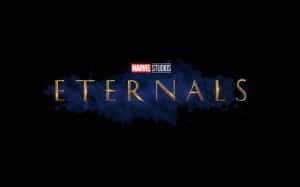 Directed by Chloé Zhao, The Eternals is the first choral film in phase IV of the MCU, from which the Avengers are absent. This feature film, scheduled for November 4, 2020 in France, will follow the adventures of the Eternals, beings with cosmic powers fighting against the Deviants to protect the Earth. In the casting, we find in particular Angelina Jolie (Théna), Salma Hayek (Ajak), Kumail Nanjiani (Kingo), Kit Harington (Black Knight), Gemma Chan (Sersi), Ma Dong-seok (Gilgamesh), Lauren Ridloff (Makkari) , Richard Madden (Ikaris) and Brian Tyree Henry (Phastos).

And it is precisely the character of Phastos who recently made the name since he was announced by Kevin Feige as a gay superhero, married and father. Actor Haaz Sleiman, who plays Phastos’ partner, said in an interview for New Now Next, relayed by Entertainment Weekly, that The Eternals will stage the MCU’s first LGBTQ kiss. This sequence is very moving according to him:

“Everyone cried on set. It’s very important for me to show how beautiful and loving a queer family can be. Brian Tyree Henry is a great actor who made his character beautiful. I even saw his eyes sparkle as a child at one point and I think it’s important to remind the world that the members of the queer community were also children. We often forget to represent this more human part of our community since we are always represented as ultra sexualized or rebellious beings. ”

A way for the actor to remember that representations count and that films are a way of advancing mentalities. In addition, The Eternals will offer a wide spectrum of performances allowing the breaking of barriers, since Makkari, embodied by Lauren Ridloff, is the first hard of hearing character in the MCU.