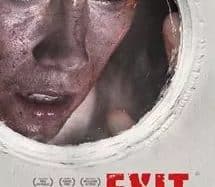 Rie, a Danish journalist, visits the construction site of the Copenhagen metro to carry out a project on European cooperation. But underground, an accident occurs. Rie finds himself trapped in a decompression airlock alongside Bharan and Ivo, two workers. The story turns into a practical case, where everyone must learn to cooperate in order to hope to survive.

Hmmm, Exit looks like a great movie, but it would be nice to have a worldwide distribution.
The film originally titled “Cutterhead” was presented at the end of 2018 in several festivals before being released on DVD in early 2019, which explains why many have already seen it here.