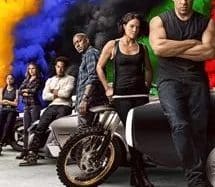 The trailer for Fast & Furious 9 was unveiled this Friday evening at a concert event in Miami. And this one conceals some surprises in particular the return of Han (Sung Kang), supposed to have been killed by Deckard Shaw (Jason Statham). The latter is actually very much alive and will help Dom and his team to defeat Jakob, Dom’s brother … Incarnated by the wrestler John Cena, Jakob is the new villain of the film. Hired by Cipher (Charlize Theron), who has not finished with Dom, he seems to have accounts to settle with his brother and his sister. Note that this is the first time in 9 episodes that Mia (Jordana Brewster) has fought …

John Cena, who makes his debut in the franchise, is the 4th wrestler to appear in the Fast & Furious saga after Dwayne Johnson, Ronda Rousey and Joe Anoa’i (the cousin of The Rock, present in the spin-off Hobbs & Shaw ).