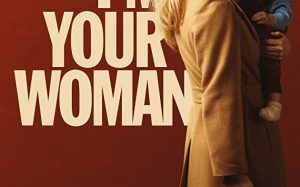 I’m Your Woman is not for everyone. If it was for everyone the producers would have found another comic book character and we would have another steaming empty piece to watch for two hours. It’s a slow burning story. I like this because I want to be interested in the characters before knowing (or having to determine) their fate. I want to see Jean’s transformation especially since she’s just Eddie’s wife for the first part of the story. She starts aimlessly as a pretty face that he didn’t marry for her cooking. Either way the plot moves pretty fast and we’re presented with a detective film that is no different from most crime films. Except for the transformation of John and humanity. The kindness of strangers along the way. The touch of a stranger in a laundromat all good people. There are a few events in the film that cannot be overlooked. Perhaps these events will cause some viewers to find one or two of the heroes beyond repair. (I remain vague to avoid spoilers). But at least it gives you something to think about when you watch it. I also like Aretha’s two songs Natural Woman and The Weight. If you like independent movies I think you will like this one. Personally I’m happy to have watched it and I liked seeing Jean’s story …