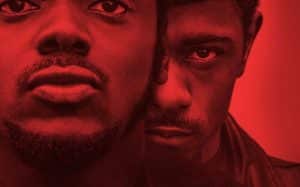 Judas and the Black Messiah

Focus on the rise of Fred Hampton, African-American political activist, member of the Black Panther Party in Illinois, who died in December 1969 at the age of twenty-one. Superb performance by Daniel Kaluuya who embodies Fred Hampton with rare intensity. Lakeith Stansfield is perfect in this difficult role of the traitor O’Neal. Jesse Plemons is also impeccable as an officer of the F.B.I applying the Machiavellian methods dictated by Hoover even if at certain small moments it is shown that he himself is crossed by doubt. The directing may be a bit academic but it’s very addicting, with many very strong scenes. It is a necessary and indispensable film because it shows how far the F.B.I was prepared to go to stifle the protest movements of that time.
For a first production, we must nevertheless salute the completely admirable care given to the staging: here we avoid the pitfall of many films or other biopics of the genre by embracing the political thriller aspect.
A true story therefore, which shows us William O’Neal, African-American thief on the run, recruited by the FBI to infiltrate the Black Panthers (and its leader Fred Hampton).
The main duo Lakeith Stanfeld (who have created an absolutely solid filmography for themselves for 5 years) – Daniel Kaluuya (who after Get Out, Widows and Queen & Slim proves he is one of the best actors of his generation) are absolutely excellent and wear the film all by itself. Around we also have a nice cast, from Jesse Plemons in contact with the FBI who will sell his soul to the hierarchy (like O’Neal finally), to Algee Smith (Detroit, Euphoria), Ashton Sanders (Moonlight, Native Son) ) or Martin Sheen in Edgar Hoover! The result is an exciting film, immersive in many ways (the shootings and tension sequences are expertly orchestrated), with a very good photograph of Sean Bobitt (frequent collaborator of Steve McQueen) and a very good soundtrack. In short, we will not go through 4 paths, despite one or two more consensual segments, it’s a very good film!