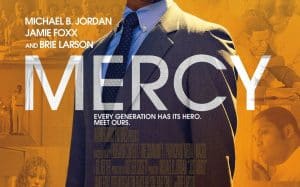 The historic fight of young lawyer Bryan Stevenson. After studying at Harvard University, Bryan Stevenson could have embarked on a most lucrative career. However, he decides to go to Alabama to defend those who have been wrongly convicted, with the support of a local activist, Eva Ansley. One of his first cases – the most inflammatory – was that of Walter McMillian, who in 1987 was sentenced to death for the resounding murder of an 18-year-old girl. And this despite a great deal of evidence attesting to his innocence and a single testimony against him from a criminal with questionable motives. Over the years, Bryan finds himself entangled in an imbroglio of legal and political maneuvers. He also faces overt and uncompromising racism as he fights for Walter and others like him in a hostile system.

The Way of Justice is inspired by the autobiographical book “And equal justice for all: a lawyer in the hell of American prisons” (“A Story Of Justice And Redemption”) written by Bryan Stevenson, who traces his fight to defend people wrongly convicted. The lawyer recounts the most exciting cases he has dealt with, including that of Walter McMillian who is at the center of the film by Destin Daniel Cretton.