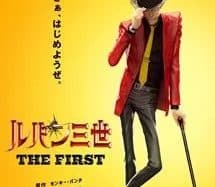 The cult “gentleman burglar” Lupine III returns in a frantic adventure, for the first time in cinema in France, to mark his great return to the country of his illustrious grandfather! He joins forces with the young Laëtitia to take control of Bresson’s journal, a treasure that even Arsène Lupine has never managed to steal. As Lupine III and his companions scramble to unravel the secrets of the famous newspaper, they face a dark cabal chasing horrible designs. Between deadly traps, aerial escapades and absurd escapes, Lupine and his band of daredevils compete in spirit and daring in this animated feature film that will delight fans of this legendary series created 50 years ago by Monkey Punch, that newcomers from 7 to 77 years old!