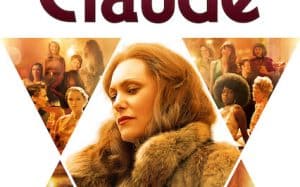 At the end of the 1960s, Madame Claude reigned over Paris and beyond thanks to her flourishing business. By reinventing the codes of prostitution, borrowing those of the bourgeoisie and inventing a respectable past for herself, she has become a feared and esteemed businesswoman in the political world of organized crime. A woman of power in an environment and an era of men, on the eve of the great movements for the liberation of women, she will also witness the end of an era. His meeting with Sidonie, his opposite but also his alter ego, will imperceptibly be the common thread in the erosion of his empire. Sidonie is the girl she chose for herself, who will almost become her right-hand man. For the first time in her life, she cares about someone. She who keeps all of Paris in her notebooks, who was built on hatred and shame, loving someone, she does not know how to handle it. Without wanting to, and probably also because she represents freedom and independence, Sidonie will precipitate her downfall …