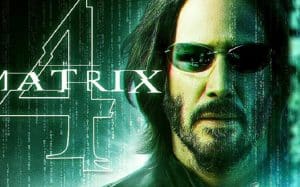 What was still only a fantasy for some science fiction fans becomes reality. For a few days, the shooting of the new part of Matrix invests the streets of San Francisco, in the United States, for the great happiness of the townspeople who immortalize certain moments with their smartphone. The most recent concerns a motorcycle sequence between Carrie-Anne Moss and Keanu Reeves, seated in the back, in a layer of fog. If some sources thought that the actor sported his usual look, beard and long hair, only for the location of the film, it would seem that he does keep it for the official shooting. Shot under the code name Project Ice Cream, the feature will also use the city’s business district as a backdrop until February 23. On Twitter, accounts shared many videos filmed at the scene.

Last Friday, February 14, other impressive images showed two stuntmen dressed in black jumping from a building while, of course, being held in harnesses. These stolen moments have enough to reassure the spectators about Lana Wachowski’s desire to achieve these scenes in the most realistic way possible, without the slightest green background. Risk taking which is becoming rare in contemporary Hollywood cinema.