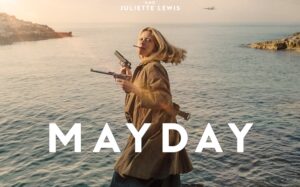 “It was in the middle of the terror and kidnapping campaign, and as we landed at Hurghada International Airport, I wondered what would have happened if our plane had been diverted to an area controlled by the terrorists. The plot became a race against time to prevent the passengers from being kidnapped before the pilot could get the plane back into the air.”