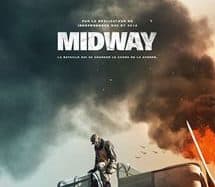 After the Pearl Harbor debacle that left the American fleet devastated, the Japanese Imperial Navy prepares a new attack that should definitely eliminate the remaining naval air forces of his opponent. The Pacific campaign will be played in a small isolated North Pacific atoll: Midway.
Admiral Nimitz, at the head of the American fleet, sees this battle as the ultimate chance to overthrow Japanese superiority. A race against the clock then commits to Edwin Layton who has to break through the secret codes of the Japanese fleet and, thanks to the information, allow the American air pilots to face the biggest offensive ever conducted during this conflict.