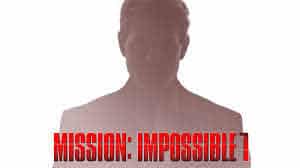 The Mission Impossible 7 team, whose filming has resumed in Great Britain, had to face a big setback: a serious motorcycle accident occurred during the filming of a scene involving a stuntman but apparently not Tom Cruise . If the accident was fortunately not injured according to the sources which report this incident (the British tabloid The Sun, via DarkHorizons), there would be very important material damage caused by a fire.

According to The Sun, this snow scene was set in a quarry. Tom Cruise was on his way to join the quarry to participate in the streak when a stuntman’s motorbike allegedly exploded after taking off from a ramp. Specifically, according to an anonymous witness whose comments DarkHorizons reported, the motorcycle would not have landed as expected, due to miscalculation. While the stuntman had to fall on a huge pile of cushions to cushion the jump with the motorcycle, the motorcycle crashed, setting fire to boxes arranged around, causing a large fire. A team of firefighters was quickly mobilized and the plateau had to be temporarily closed.