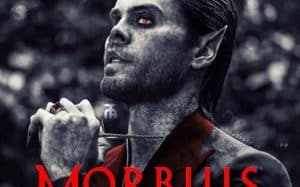 Sony released the first Morbius trailer last night, centered on the super-villain / vampire Marvel. And the presence in the very last seconds of Michael Keaton could link the film to the MCU.
We are in 2015. Marvel, bought by Disney for a few years already, signs a deal with Sony, which holds the rights to one of its strong brands: Spider-Man. Le Tisseur is indeed the heyday of the studio thanks to two lucrative franchises. This co-production agreement actually aims to reveal the hero played this time by the young Tom Holland alongside the Avengers. Anxious to keep the rights on its side, Sony undertook in 2017 to create a kind of Spidey-Verse by announcing the launch of two spin-offs centered on the enemies of Peter Parker. Venom, first of all, on the alien symbiote, then Morbius, which we will be able to discover in theaters on August 5. What also relaunch a project abandoned since 2015, the Sinister Six, which brings together the six biggest enemies of the spider-man (the Vulture, Electro, Kraven, Mystério and the Sandman) ). And that’s where Michael Keaton’s presence is interesting.
Vulture or not vulture?

Those who have seen Spider-Man: Homecoming, the latest reboot of the franchise, know that the actor plays an important role in it: he slips into the winged armor of the Vulture, a super-villain who brings a bad moment to life to our hero. His presence in the final seconds of this trailer is certainly not trivial since the actor could take over the same role in Morbius – in the form of a cameo at best. Nothing is confirmed yet at this stage, but everything points in this direction. Especially if we believe these images, the character played by Keaton (Adrian Toomes) does not seem to be on the safe side of the law: “Are you tired of playing good guys?”. Is he recruiting the Doctor from his team of super-villains? Remember at the end of Homecoming, Keaton met another inmate in prison, Mac Gargan aka the Scorpion, also very angry with Peter Parker. In addition, some fans have even noticed that he wears the same prison outfit …