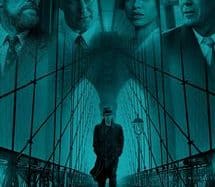 New York in the 1950s. Lionel Essrog, private detective suffering from Tourette syndrome, investigating the murder of his mentor and only friend Frank Minna. Thanks to the rare clues in his possession and his obsessive mind, he discovers secrets whose revelation could have consequences on the city of New York … From jazz clubs from Harlem to the slums of Brooklyn, to the upscale neighborhoods of Manhattan, Lionel will face the most formidable man in the city to save the honor of his missing friend. And perhaps also the woman who will assure him his salvation …