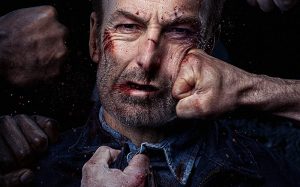 Hutch Mansell, a frustrated father and husband, totally looked down on by his family, is content to take the punches, never return them. It’s nothing. One night, as two burglars break into his home, he chooses not to intervene, rather than risk a bloody escalation. A decision that definitely discredits him in the eyes of his son Blake, and which seems to distance him even further from his wife Becca. This incident awakens in this injured man latent instincts that will propel him on a violent path, revealing gray areas and unsuspected lethal skills. In an avalanche of punches, shootings and the screeching of tires, he’ll do anything to pull his family from the clutches of a formidable enemy and make sure that no one ever takes him for less.
Nobody is directed by Russian Ilya Naishuller (to whom we owe the supercharged Hardcore Henry), written by Derek Kolstad (John Wick) and produced by David Leitch (John Wick, Deadpool 2, Atomic Blonde).

Ilya Naishuller remembers how he got on the project: “My agent sent me Derek Kolstad’s script and I was immediately intrigued by this epic written by the man who created the John Wick series. is a specialist in action films and that’s good, since I know myself in this field! Reading the script, I immediately understood what was the central theme of this feature film packed with adrenaline.