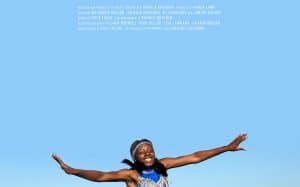 In Pahokee, a small rural town in South Florida, high school is unlike any other. With his invincible American football team, his competitions and his extravagant end-of-the-year ball, he rallies the whole community. As we approach university, four teenagers live a year full of hopes and great celebrations.

Pahokee, once the heart of the Everglades, has been transformed by agriculture. The city was torn between the need to provide agricultural work to the inhabitants and the deterioration of the Everglades due to fertilizers and other chemicals used in agriculture. It is symptomatic of a society where the supply of employment conflicts with the survival of the natural environment. “Although our personal curriculum was the basis of this film, our true inspiration came from the city itself, from the beauty of the Everglades of the North, but also from places where the hand of man has turned nature upside down. It came from these people, strong, dedicated, talented and creative, who do not let the economic constraints interfere with their desire to play great football games, to compose music, to succeed in school and to organize the most spectacular graduation balls for their children, we also wanted to make a film to make them proud, while staying true to their everyday struggles, we moved to Pahokee in August 2016 and worked with students seven days a week until graduation, “says directors Ivete Lucas and Patrick Bresnan.