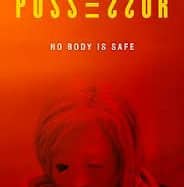 Tasya Vos is an agent in a secret organization that uses neurological technology that can inhabit any person’s body and push them into murder for the benefit of very wealthy clients. But things are complicated for Tasya when she finds herself trapped in the body of an unwitting suspect whose appetite for murder and violence far exceeds hers.

Frankly I did well not to trust some of the comments made. I really like David Cronenberg, I saw a lot of these films, including some of these first ones including “Shivers” which is undoubtedly the most amateurist in its direction (it must be said that the budget was very thin) . Regarding Brandon Cronenberg, “Possessor” is the first of these films that I see, and frankly for his second film it is clearly above average! For those who would find the pitch of Possessor “twisted” or even “silly”, I would like to draw a parallel with the Tenet / Inception type films which are much more so and which are only worth some pretty special effects powder in the eyes. Admittedly, Possessor is not perfect, we can blame him for some slowness, slowness which seems to me essential to set the framework and thus bring out the subject of the film: the impulses and the personalities, all the horror of the film is notably based on the character of Tasya aka Possessor. Spoiler zone: from the start we understand that Tasya refuses to use the gun but prefers to go with a knife (and to repeat it many times), when we ask her the question she speaks of the “more natural” side of the White weapon. Before owning a body, she trains herself by repeating aloud certain expressions of the person soon to be possessed; in the same way, when she returns to her family: she performs the same training by repeating aloud to herself: “honey, I’m starving!”. The staging is effective in making us understand that the possessed person is struggling to regain control, “hold me back”: the phrase each controlled person repeats as a final attempt to hold back the possessor. Possessor is a true original horror film that poses the question of the deep inside: when the controlled person takes back control or when Tasya explains to him that comis assassinations were also desired by the controlled person. We can easily guess that the controlled person hated his boss, and resented his girlfriend (not from there to take action?), The possessor (Tasya) then comes into play and we can imagine that the combination of Tasya’s sadistic urges and hatred of the possessed person will not leave Tasya unscathed. The finale echoes the dehumanization of Tasya who remains unmoved after the death of her “ingenious” son, something which is confirmed by the framed butterfly: at the beginning of the film she could say that she regretted having killed him for the sake of it. ‘frame. Now she no longer expresses this regret. In short, delighted to see such films see the light of day, it’s original and far from the classic Hollywood straitjacket, can’t wait to see the next B Cronenberg!