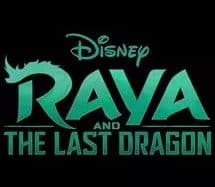 Raya and The Last Dragon

In theaters since November 20, Frozen 2 offers us a much richer and deeper plot than that of the previous film, with a whole new world, beyond the walls of Arendelle. A magic forest, subject to enchantment, and influenced by the interventions of 4 nature spirits, which take up the main elements: water, fire, earth and wind.

Incarnated and symbolized by more or less tangible characters in the film (an aquatic horse for water, a small salamander for fire, stone giants for the earth and a facetious gust for the wind), these 4 elements are all subject to a fifth power which surpasses them, and which acts as a bridge between them: the ice, which Elsa represents.

But let’s go a little further … Could it be that these different elements find an echo beyond the borders of Frozen and actually allow to connect the last Disney heroines to each other in order to weave the premises of an impressive cross-over?