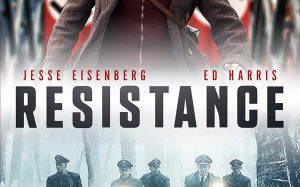 During the Second World War, in 1942, Marcel Mangel enlisted, under the name of Marcel Marceau, in the French Resistance, under the influence of his brother Simon and his cousin, Georges Loinger. Partly through mime, he will help many orphaned children, whose parents were killed by the Nazis.

Maybe it’s because the cinemas are closed. Perhaps this is because the intensity of life diminishes over confinement. Maybe it was because I forgot how easy the abyss of humanity is to reach. Or is it just because it’s a very, very good movie. Resistance hits the mark. Fair and strong. Horror, at the height of a child. Maybe it’s for several reasons, but whatever in itself, I was scared, I cried, I laughed and in the end understood. Understood that this film was certainly going to do little about him, that he was going to go by the wayside because, no, he does not reach the level of LIFE IS BELLE even if he touches it with his finger. But I also understood that for those who will have seen it, for those who will have really immersed themselves in it, the emotional explosion that it throws in the face will have left its mark. On me, she will have left the mark of a few tears, the memories of a tension, barely too strong a crush. Hold your breath, in case the Nazis hear us too. The bubble bursts, at the end … life. And a big thank you. With a big M. Like the big Marcel MARCEAU.