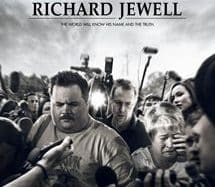 In 1996 Richard Jewell was part of the Atlanta Games security team. He is one of the first to warn of the presence of a bomb and to save lives. But he soon finds himself suspected of … terrorism, going from hero status to that of the most hated man in the United States. He was cleared three months later by the FBI, but his reputation was never completely restored, his health damaged by the experience.