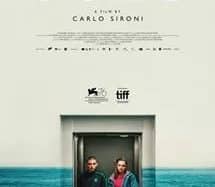 Young Ermanno lives in an Italy without a future. Lena, 22, pregnant, has just arrived from Poland. She is carrying the child that Ermanno’s uncle and his wife will adopt at birth. As he is tasked with looking after her, Ermanno begins to grow attached to Lena and to imagine himself as the father of this unborn child.

Sole is Carlo Sironi’s first feature film. The question of fatherhood has interested him since his childhood. He often wondered if he could become the father of a child who is not biologically his. This question gave rise to the starting point of the film. The director confides:

“Sole is a proposed answer to this question. And since I had already told the complex path of motherhood in my previous works, it was almost organic for me to continue on this theme. In Italy, surrogacy ( or surrogacy) is prohibited by law. But there are many illegal ways to circumvent it. This is what I learned alongside the president of the Rome juvenile court. During the writing of the film , I understood that what I wanted to tell was not the world behind the trafficking of newborns, but rather a personal story, the meeting between two strangers, the birth of an unexpected bond. ”