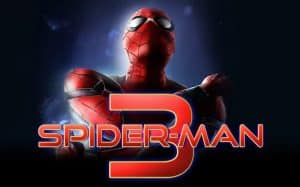 It was the summer soap opera: Spider-Man’s possible exit from the MCU. After many negotiations, an agreement was finally reached between Sony and Disney and Tom Holland played an important role in these discussions, especially with the boss of Disney. The actor returned to this story during the Jimmy Kimmel Live show and revealed a rather funny anecdote about the turn of events.

He first said: “We were at D23 when the news fell and I was obviously devastated. It was horrible. I asked if I could have Bob Iger’s email address because I wanted to just say “Thank you, these past five years of my life have been amazing. Thank you for making a big difference in my life and I hope we can work together again in the future.” I sent this email and Bob Iger immediately replied that he wanted to call me and ask for my availability. ”

A few days later, Tom Holland was in a bar with his family in his hometown playing a quiz. And it was with three pints in the nose and an empty stomach that the actor answered Bob Iger when the latter chose this precise moment to call him. So it was a very tipsy Tom Holland who discussed the future of Spider-Man in the MCU. The actor even admitted that he cried on the phone: “It was very moving because I felt it was the end.” It is therefore thanks to Tom Holland, very invested in his character of Peter Parker, that Spider-Man kept his place warm in the MCU and that the third installment will be released in theaters soon.