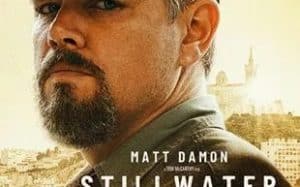 Bill Baker, an oil driller from Oklahoma travels to Marseille to find his imprisoned daughter, accused of a murder she swears not to have committed.
Confronted with language barriers, cultural differences and a complex legal system, Bill makes it his mission to exonerate his daughter. During his investigation he will be helped by Virginie (Camille Cottin), who will be of great help to him.
Before sharing the bill with Lady Gaga and Adam Driver in Ridley Scott’s House of Gucci, Camille Cottin is in the cast of Tom McCarthy’s Stillwater alongside Matt Damon.

5 years after Spotlight (Oscar for best original screenplay), the American director is back with a dramatic thriller filmed largely in Marseille.

In the feature film, Matt Damon plays Bill Baker, an oil driller from Oklahoma who travels to Marseille to find his daughter (Abigail Breslin) imprisoned and accused of a murder she swears not. to have committed.