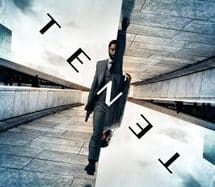 Thus ends the trailer for the long-awaited Tenet, a new production by Christopher Nolan, two years after Dunkirk. And time, obsessive subject of the director, it will be question again in this film-event of which we know very little. Fortunately, these new images teach us more about the plot.

The film immerses us, at the same time as its hero, in the beyond. A hero who agreed to sacrifice himself for the needs of a mission: to prevent a Third World War. A disaster caused by “worse” than “nuclear holocaust”. What arouse our curiosity, especially since this trailer invites to see things differently and not to try too hard to understand …

Presented as a thriller at the crossroads of La Mort aux trousse and Inception, there is no doubt that the feature promises to turn our brains, as evidenced by the typography of the title “Tenet”, palindrome which means “doctrine” or “principle “. On the distribution side, Nolan called on his regulars Michael Caine and Kenneth Branagh to respond to newcomers to his world: John David Washington (BlacKkKlansman), Robert Pattinson and Elizabeth Debicki.