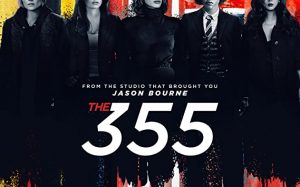 Five women, all members of an international intelligence agency, are called upon to collaborate to fight together against a single enemy, a world-class organization with destructive ambitions.

Jessica Chastain, Penélope Cruz, Diane Kruger, Lupita Nyong’o and Fan Bingbing form The 355, a spy unit ready to do anything to save the world.

They are 5, they are over-trained and they intend to overthrow a world-order organization with destructive ambitions. Jessica Chastain, Penélope Cruz, Diane Kruger, Lupita Nyong’o and Fan Bingbing are the headliners of The 355, a spy and action film expected in our theaters on January 13, 2021 (for now).

One thing is certain, these fearless heroines have nothing to envy of their male counterparts. Unarmed battles and heavy artillery are on the program of the festivities, evidenced by the trailer, punctuated by the powerful Run This Town of Jay-Z and Rihanna. Coming from all over the world – the United States, the United Kingdom, Germany, Colombia and China – these intelligence agents will use their specialties to prevent a 3rd World War. Together, they form Unit 355, a number that refers to a spy from the American Revolutionary War.

The idea for a 100% female cast spy thriller came directly from Jessica Chastain, also a producer on the film, who proposed the project to director Simon Kinberg on the set of Dark Phoenix. Two years later, and after Marion Cotillard’s withdrawal, the film is in the box and ready to be unveiled to the whole world next January. This will of course be without counting on a potential postponement of release from which all the blockbusters of the moment suffer.