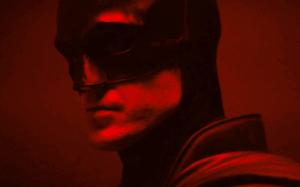 The Batman played by Robert Pattinson will take his first steps on our screens in a feature film that Ben Affleck was initially to write, direct and interpret, after having illustrated himself opposite Superman and alongside the Justice League. But the actor, after having abandoned the staging, ended up throwing in the towel definitively and putting away his Batman costume, demotivated by a series of bad choices that made chaotic the backstage of Zack Snyder’s film, taken over by Joss Whedon, and led to its failure in theaters and the dismantling of the DC Extended Universe as it was planned.

In an interview with the New York Times, Ben Affleck returns to this abandonment. And if he does not deny his weariness and the little enthusiasm he publicly displayed about Batman, he puts forward another reason: his alcoholism problem, which worsened while his marriage to Jennifer Garner was struggling in 2015-2016. “I showed the script for The Batman to a few people,” said the actor. “I was told ‘I think the script is good. But I also think you’re going to get drunk to death if you go through what you just went through again [with the character].” Bruce Wayne’s ex-interpreter then underwent a third rehab in 2018 and says he is happier today. To the point of being able to play a basketball star who lost his wife and family because of his addiction in The Way Back, drama by Gavin O’Connor (Mr Wolff), who had to resonate in his own home and allow him to bring up the subject as sincerely.