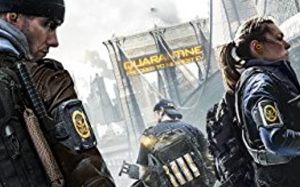 Change of tune for Ubisoft! The video game studio will now team up with Netflix to fund the adaptation of The Division starring Jessica Chastain and Jake Gyllenhaal. The blockbuster will therefore be a “direct-to-Netflix” in France. Scheduled to be directed by David Leitch (Atomic Blonde, Deadpool 2), the film will be written by Rafe Judkins (Chuck, Agents of S.H.I.E.L.D., Uncharted).

The video game Tom Clancy’s The Division is an action-RPG set during Black Friday, during which poison spreads in New York, causing the decline of the United States. The player plays a member of a government unit tasked with regaining control of New York and stopping the spread of the virus.

Ubisoft’s film branch is usually in partnership with studios from the “classic” Hollywood circuit: Warner for Tom Clancy’s Ghost Recon, Twentieth Century Fox for Assassin’s Creed and Screen Gems for Just Dance. Its partnership with Netflix therefore marks a new stage in the evolution of the post-platform industry.