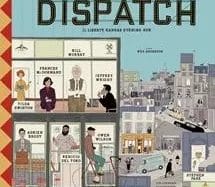 The French Dispatch features a collection of stories from the latest issue of an American magazine published in a fictional French town in the 20th century.

Explorer Jonathan Green receives an order from Peter the Great to draw the map of Eastern Russia. After a long journey, he arrives in China and makes funny encounters with strange creatures, Chinese princesses and confronts masters of martial arts and the Dragon King.

On the death of her parents, the young Mary Lennox, a lonely child with an overflowing imagination, leaves India to join the British countryside. Exiled to her uncle’s mansion, she will meet her cousin Colin, a young boy named Dickon, the adorable dog Fozzie and an ingenious robin. Together, they will share the discovery of a magical and marvelous garden which will mark the beginning of an extraordinary adventure and friendship …