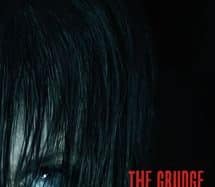 A torturous new version of this genre classic, this horrifying story, inspired by the film JU-ON: THE GRUDGE by Takashi Shimizu.
Will you get a dose of terror again? Sony has released the trailer for The Grudge version 2019. In this reboot produced by Sam Raimi and staged by Nicolas Pesce, a real estate agent (John Cho) discovers a corpse in a house. The latter therefore calls on two police investigators (Andrea Riseborough and Demian Bichir), but the thing that lived in the house seems to have followed the inspector and will try to attack her son … This trailer scary lets us see the ghost with long hair who has already traumatized an entire generation.
As a reminder, the first film in the Ju-On saga was released on screens in 2002 and quickly became one of the biggest successes of J-Horror (Japanese horror films) alongside Ring (1998) and Dark Water (2002). The success was such that two years later, Takashi Shimizu, already in charge of the original film, produced an American remake with Sarah Michelle Gellar. Like the Japanese feature film, the American version was entitled to two sequels.
Ten years after The Grudge 3, the company Ghost House Pictures therefore offers us a reboot of the franchise. The company, already behind the 2004 film and its aftermath, produced, among other things, 30 jours de nuit, the remake of Evil Dead and Don’t Breathe. Netflix is ​​currently developing a series based on the Japanese saga.