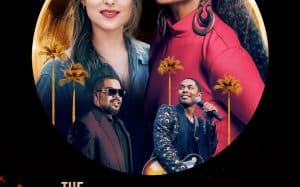 Grace Davis is an oversized ego music superstar proportional to her talent. Her personal assistant, Maggie, is busy with thankless tasks as she dreams since becoming a music producer. When Grace’s manager makes a proposal that could transform her career, she and Grace come up with a plan that could change their lives forever.

Graduated from the prestigious New York University film school, the screenwriter Flora Greeson began her career as an assistant to a manager of Universal Music in New York: she was responsible for promoting artists who had retired from the scene or who had died. Back in California (she is from Los Angeles), the young woman was hired as an assistant in a large artistic agency where she discovered a facet of Hollywood that she totally ignored.

These two experiences inspired her to write her first screenplay, The Voice of Success, around a fighter determined to find a place in the world of music, her complex relationships with her demanding boss (the star Grace Davis) and of the young musician whom she hopes to be able to propel on the international scene.