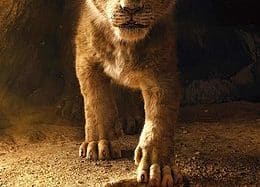 At the bottom of the African savannah, all the animals celebrate the birth of Simba, their future king. The months pass. Simba idolizes his father, King Mufasa, who takes heart to make him understand the stakes of his royal destiny. But not everyone seems to agree. Scar, Mufasa’s brother, the former heir to the throne, has his own plans. The battle for the takeover of Lions Land is ravaged by treason, tragedy and tragedy, which eventually leads to Simba’s exile. With the help of two new friends, Timon and Pumbaa, the young lion will have to find ways to grow and take back what is his right …