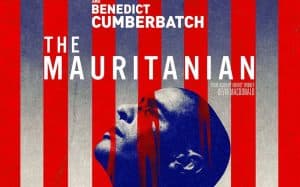 The true story of Mohamedou Ould Slahi, a Mauritanian that his country delivered to the United States then in full terrorist paranoia following the attacks of September 11, 2001. The man spent years in prison without charge or trial. He regained his freedom in October 2016.

Twelve years after his shattering revelation in A Prophet by Jacques Audiard, which notably won him two César (Best Male Hope and Best Actor), Tahar Rahim is back behind bars on the big screen. But the comparison stops there, because Designated Guilty is based on a true story: that of Mohamedou Ould Slahi, Mauritanian handed over by his country to the American government in 2001 for his alleged involvement in the September 11 attacks. Locked up without charge or trial, he spent fifteen years in the infamous Guantanamo prison.

Director of fictions (The Last King of Scotland) and documentaries (Marley, Whitney), the Scotsman Kevin MacDonald had already directed Tahar Rahim in The Eagle of the Ninth Legion. The French actor is here the star of a four-star cast and the main character of the story which, given the trailer, will not be fully focused on his rise to prison but divided between several points of view: his own , that of the soldier (Benedict Cumberbatch) who is asked to prove his guilt and his links with Al-Qaeda, and that of the lawyer (Jodie Foster) who will try to get him released by asserting his rights, who ‘he is really guilty or not.

Expected in French theaters on February 17, subject to the cinemas being able to open again, Designated Guilty asks moral questions that we glimpse in the trailer. Whether it is personal elements that may come into account in the case of Lieutenant Colonel Stuart Couch, or the fact of wanting to defend a potential culprit on the side of Nancy Hollander and her assistant Teri Duncan (Shailene Woodley). With all these subjects, the feature film could be invited in the race for the Oscars and, why not, allow Tahar Rahim to put his name on the prize list. He would thus become the second actor to win the coveted golden statuette thanks to Kevin MacDonald, after Forest Whitaker in The Last King of Scotland, already adapted from a true story.