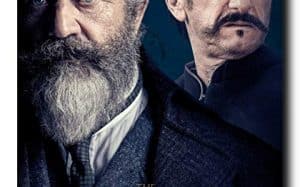 The Professor and the Madman

It’s a beautiful story about genius, obsession, about two men who created the Oxford English Dictionary. Professor James took the challenge and knew it would last for an eternity, but it was helped by people around the world and it would take only a few decades. it was discovered that a doctor presented more than ten thousand words. When they wanted to reward him, it was discovered that he was a condemned killer, kept in the asylum.