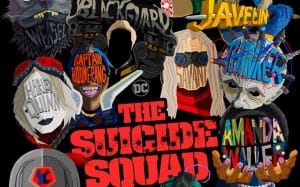 On August 4, DC’s Suicide Squad will be back on the big screen. Always with Harley Quinn, Captain Boomerang, Rick Flagg or Amanda Waller, but without the director David Ayer replaced by James Gunn for what is presented as both a sequel and a reboot of the previous opus. And we have to believe that the director of Guardians of the Galaxy is planning to sign a deadly film in every sense of the word, if we are to trust the poll he launched on Twitter by relaying the cover of the new issue of Empire, which brings together its huge cast.

“Who are the two characters who are most likely to survive?” Asks the director, as if to suggest that not many will end the story in good health. Given the forces involved, the answer seems obvious, as it is difficult to imagine that a Harley Quinn (Margot Robbie) passes from life to death. But we must obviously expect surprises: “No character has been protected by DC”, replies James Gunn to an Internet user as to possible immunity totems. “They gave me free rein to do whatever I wanted. It was one of the things we agreed on before I came to work for them. I wasn’t just looking to shock, but to make the public understand that anything can happen. ”