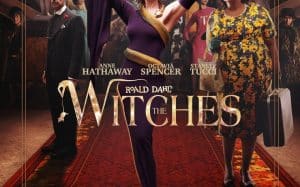 In this new adaptation of Roald Dahl’s masterpiece, Zemeckis tells the funny, scathing and moving story of Bruno, a young orphan. In 1967, he came to live with his adorable grandmother in the small rural town of Demopolis, Alabama. While the little boy and his grandma cross paths with witches as seductive as they are formidable, the grandmother leads our budding hero to a sumptuous seaside resort. Unfortunately, they arrive at the very moment when the Head Witch gathers her henchmen from all over the world – incognito – to implement her sinister plans …

The story follows a young boy and his grandmother in exile in England. They must fight against horrible witches. Contrary to popular belief, they do not wear a broom, wart, or pointed hat. Unmasking them therefore represents a real difficulty for the little boy, who will have to compete in ingenuity to escape the perfidy of these nasty creatures.

When he came to Paris for the promotion of Bienvenue à Marwen, we had the opportunity to talk to the filmmaker, who had given us some details on his adaptation. Zemeckis told us that the story was transposed from England to the South of the United States and will take place in the 1960s (the novel was published in 1983 and it is presumed that the action takes place there in the years 1980). The director also declared that his film would be part of the Gothic genre and approach traditional witch stories from a sociological perspective.