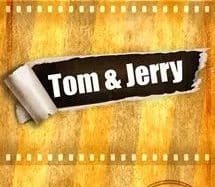 Tom, the cat and Jerry, the mouse no longer have a home. They move into a posh New York hotel where Kayla found a job. But in order for her to keep him, it is imperative that she chases Jerry before the reception of a marriage …
This film can be nice, provided that it is not only an accumulation of gags and to have a good scenario which connects all that. What is a shame is the CGI. I have nothing against that, but even if it is a mixture in real shooting and animation, it is better that the latter is traditional. The dynamics of Tom & Jerry do not work in 3D.