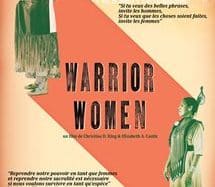 From the occupation of Alcatraz Prison in 1969 to the Standing Rock Pipeline in 2016, Warrior Women tells the story of Madonna Thunder Hawk, one of the founders of the American Indian Movement. 50 years of indigenous and land rights fights led by powerful, courageous and rebellious women. Warrior Women explores the unique combination of political activism and being a mother, and shows how militant heritage is transmitted and transformed from generation to generation in an aggressive context, where the colonial government violently represses Aboriginal resistance. Indigenous peoples, first guardians of the earth that it is urgent to listen.