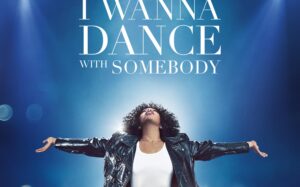 Whitney Houston: I Wanna Dance With Somebody

The uncompromising portrait of a complex woman who was nicknamed the Voice. From her beginnings as a backing vocalist in New Jersey to her status as one of the most awarded and acclaimed artists of all time, the film traces the inspiring, poignant and deeply moving journey of Whitney Houston. An exemplary career punctuated by sensational concerts and the star’s most emblematic songs.

We see that the scenario traces a guideline that obscures practically all the significant events of his life. So let’s remember for example that the star already knew the musical world well, that she also wrote songs, that she still won an Oscar in duet with Mariah Carey, that she participated in several Divas Live concerts ( 1999-2003), then let us remember that she would have been sexually abused by her cousin Dee Dee Warwick, and above all the marital relationship was more eventful with in particular a conviction for violence in 2003 of Bobby Brown… Non-exhaustive list of all this that the film hides. The film, which lasts 2 hours, does not tell much, focuses on a few facts that are not always very interesting, even minor, skims over them or touches on them. The director does not seem inspired either by the talent and the aura of the star with a sluggish staging, totally lacking in scale and which therefore never does honor to the flamboyance of the star. Result, a tasteless, smooth luxury TV movie that takes no risks.