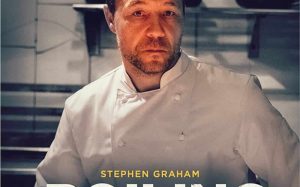 “Magic Friday”: the Friday before Christmas, the busiest evening of the year. In a gourmet restaurant in London, on the kitchen side, a few minutes from the gunshot, the entire staff is in turmoil. But problems are piling up around star chef Andy Jones and his team. Added to this is the constant pressure of an ever more demanding clientele that threatens to lead the restaurant to its downfall…

The Chef (French translation of Boiling Point) is not the first feature film to be built around a single sequence shot, but the process has never seemed so adapted to the context and effective. The action takes place on the Friday evening before Christmas in a London gourmet restaurant, in a continuous atmosphere of stress. The term shot seems perfectly appropriate for these 90 minutes where exasperation accumulates within the catering team at the same time as recriminations in the dining room. Not to mention the personal problems of the chef and his addictions which reflect on his work and create a nightmarish climate in the kitchen. Terribly immersive, with its abundant dialogues and as if taken from life, without any musical accompaniment to soften the morals, The Chef becomes a harrowing thriller, both choral and intimately linked to its conductor, remarkably interpreted by Stephen Graham. It is certainly a cinema to be consumed on the spot and whose instantaneous pleasure should be consumed very quickly once the digestion has started, but the tension which will crescendo and the last chilling image are however able to leave some traces. For an exercise in style, it’s a big one and, independently, one of the rare cooking films that is absolutely not mouth-watering (the dishes are also little filmed and not particularly enticing) .