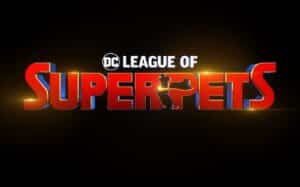 Do you have to be a fan of comics or be in the age group of 6/12 years old to join the film? Certainly yes, the proof is, I do not consume any Marvel or DC and I still wonder what pushed me to cross the doors of my cinema to waste my time in front of this rehash of superheroes.

So of course, we can always have fun seeing these guinea pigs transform into mutants, seeing Ace & Batman linked to each other by the same torturous childhood or seeing Lulu in the middle of Stockholm syndrome (the pig evil skinny Indian) devoting a cult to Lex Luthor while she owes him her status as a laboratory guinea pig. But for the rest, we are really in recycling with great fanfare, not an ounce of originality, very clearly, they did not take a lot of risk, as long as nothing happens. And then graphically speaking, no risk taking, it’s a rare ugliness (no texture on the animals’ fur).